How we interact on Facebook needs to stop. It's fake. It's inauthentic. And it's .

Facebook's explosive rate of growth and recent product releases, such as the prominent Newsticker, Top Stories on the newsfeed, and larger photos have all been focused on one goal: encouraging more sharing. As it turns out, it's precisely this hyper-sharing that is threatening our sense of happiness.

Why do we continue to hyper-share if it's not making us happy? Come on people. We're better than this. Or at least I am.

Here are 6 Reasons why I'm considering leaving Facebook for good: 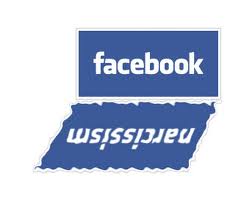 1. Facebook's business strategy is about collecting as much data as possible. Even if you log out of Facebook. Facebook users are sacrificing their privacy for the ability to spew meaningless dribble to a network of people who, frankly don't care. But that's ok. Because most people don't read the fine print, anyway.

2. Facebook is uninspiring and uninteresting. And it encourages this. Intellectual conversations on Facebook are a rarity. Instead it's the insipid, vapid updates that garner the most attention. I'm not talking about users who sincerely try to keep in touch with friends and family and share in each other lives in a meaningful way. I'm talking about the users who use Facebook to show off and tell the world how awesome they are. For the love of god, at least learn how to use Facebook lists.

3. The disconnect from reality. People now deal with reality by only dealing with the micro reality of daily life and what exists right in front of them. This type of daily internet contact can leave people feeling more alienated than by not having that contact at all. It distorts and inflates our perceptions of others' happiness and success. While it helps other people look happy, it actually makes us sad.

The site's very design, the  presence of a “Like” button, without a corresponding “Hate” button”reinforces a kind of upbeat spin doctoring. (No one will “Like” your update that the new puppy died, but they may “Like” your report that the little guy was brave up until the end.)

4. Posting an update that's even slightly negative or inopportune wreaks of Debbie Downer-ism. But life itself isn't always shiny and amazing. I'm bringing awareness to this truth. Do you not want the truth? Oh, then go hide your head in your Facebook.

6. I get more value out of other social networks. Twitter and Google + are more thought-provoking and meaningful. Probably because it's not clogged with junk information.

6 Reasons Why I’m a Foursquare Fan

The Zen of Branding

How to Cross-Pollinate Your Integrated Marketing

Why There’s Magic in Technology

Mark Schaefer on the courage to be more...