Home PodcastBlog Ep 17: Douglas Rushkoff on the future of humanity

Ep 17: Douglas Rushkoff on the future of humanity

Welcome back to The Art of Humanity, where we explore creativity + consciousness to allow you and your business to evolve. Jessica Ann took some time away to release her new book, Humanize Your Brand: How to Create Content that Connects with Your Customers, published to rave reviews! It's and it's also available as an audiobook on Audible.com.

Thanks for your patience as The Art of Humanity took a bit of a break. But we're back!

In Episode 17, Jessica Ann talks with one of the world's greatest thinkers: media theorist and futurist Douglas Rushkoff. 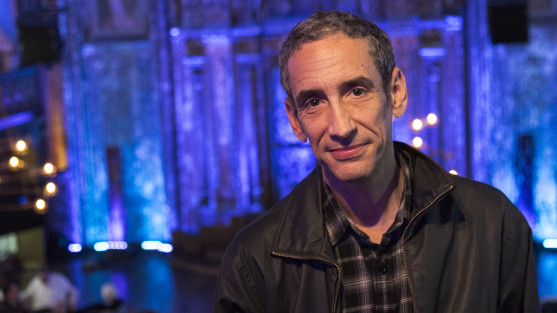 Rushkoff is an author, teacher, and documentarian who focuses on the ways people, cultures, and institutions create, share, and influence each other's values. He is the author of Present Shock: When Everything Happens Now as well as a dozen other bestselling books on media, technology, and culture, including Program or Be Programmed, Media Virus, Life Inc and the novel Ecstasy Club.

His latest book is called Throwing Rocks at the Google Bus: How Growth Became the Enemy of Prosperity, available on Amazon.

He is Professor of Media Theory and Digital Economics at CUNY/Queens. He wrote the graphic novels Testament and A.D.D., and made the television documentaries Generation Like, Merchants of Cool, The Persuaders, and Digital Nation. He lives in New York, and lectures about media, society, and economics around the world.

We touch on his background, religion, technology, politics, social media, community and more.

In this interview, Jessica Ann and Douglas Rushkoff discuss:

1. How his background in theater influences him today..and why Rushkoff believes that theater is “metaphysically potent.” When the 4th wall of film/media – and the shift from a “receive only” kind of doing media to an interactive, peer-to-peer way of doing media flipped his whole world. He started to look at everything in the world as up for discussion. Everything from his Judaism, money, work, government…he became interested in bringing an “open-source hacker ability” to all of these systems that were seen as closed. There are economic causes to this rather than technological ones. The big problem he's working on today.

2. Why our economic operating system become universally accepted as a game…and what we can do about it.

3. His idea process. Here's one of the quotes from his answer: 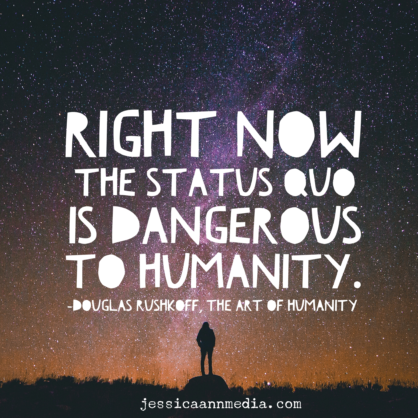 4. Why he's pleading that we optimize our machines to serve humanity rather than serve a very limiting understanding of how markets work.

5. The importance of using the Internet to reduce our slavery footprint.

7. Why we need to maintain balance when it comes to allowing technology to replace our local reality. We need to be conscious of other people and look into people's eyes. The more alienated from these evolved social cues that we have as animals, the less solidarity that we have – the less able we are to think like humans and the more conditioned we are to think in the ways that our machines train us to.

8. Why we need to take advantage of opportunities and connect with other people as much as possible so that our bodies don't evolve to depend on technology for our well-being. 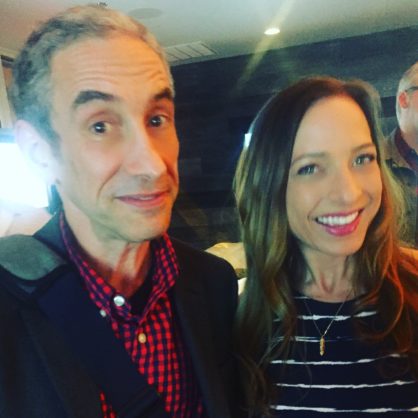 Douglas and I at SXSW.

How to Win Influencers and Friend People

How To Drive Targeted Traffic To Your Brand

Why Technology is Advancing Faster Than We Can...

The 5 Best Apps to Live a Completely...

Why I Don’t Do Resolutions