Home PodcastBlog Hide Your Kids, Hide Your Wife and Tint Your Windows

Hide Your Kids, Hide Your Wife and Tint Your Windows

Facebook and Google+ are coming under fire for requiring the use of real names on their websites. There are plenty of valid reasons for using pseudonyms or pen names, even though pseudonyms are sometimes synonymous with spamming. While using a unified account with your real name to show the “real you” has some perks, is it necessary for users to get suspended if they opt out of this rule? Bradley Horowitz, VP of Google Products, explains that the Google+’s name policy is “well intentioned and inadvertent.”  We all know that Google wants to mine our data to figure out how to best target their advertising and make money. Strictly enforcing a rule that says you can’t use an alternate name? Sounds sketchy to me.

In the “pre-creepy” days, or as I like to call it, “the age of anonymity” prior to 2007, it seemed as though everyone used pseudonyms. AOL even encouraged pseudonyms, aka AIM screen names, as well as MySpace. Granted, this was when the internet was a smaller community. Could the sheer growth in the number of online users have anything to do with online rules and regulations?  Even though it seemed as though more pseudonyms existed during this time, it somehow felt less creepy because data was less traceable and trackable.  Now every sneeze and micro-thought is captured online.

It’s understandable for cops to pull over unregistered vehicles to control the community of drivers. But forcing users to exploit their legal names is akin to plastering bumper stickers on cars with the names of every driver that passes by on the road. Potentially private information gets revealed to anyone with wifi and a search engine. The scary thing is that Facebook and Google+ are the chauffeurs driving the cars, while simultaneously registering and tracking all of the other cars on the road – even the cars with perfect drivers. It’s nice to see a cop on the road every now and then to make sure we’re safe. But isn’t it also comforting to know that cops usually don’t pull over drivers unless they’re doing something illegal?

The media Goliath’s are steering web content and accessibility to their benefit. Why can’t they relinquish more control to the many Davids? At least the Davids would make sure to review the privacy settings and tint the windows. 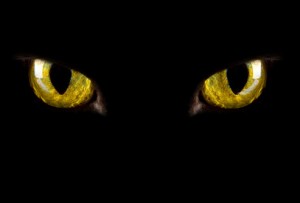 For the Love of Blog!

Why Three Words > One Resolution

How to Listen to Your Art

How to Make Marketing Your Thing