Home PodcastBlog What History Can Teach Us About Marketing

What History Can Teach Us About Marketing

Seconds before we spoke, we were strangers. We were sitting next to each other, enjoying the glorious weather in Bryant Park in New York City on a beautiful Spring day. He slowly leaned over, and told me his name was Henry. (Now before I go any further, I should note that if you want an X-rated story, you can visit any of the million other pages on the interwebs. This one is mostly platonic).

And this was our view ( for the Instagram version). 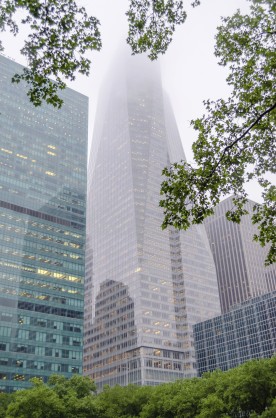 So, Henry and I started talking (yes, I talk strangers). And he asked me what I do. Instead of giving my usual spiel, I had a spontaneous moment where I did not feel like being a “marketer” (that word can sound so slimy).

Instead I replied that I study how humanity evolves through storytelling and technology – through the lens of creativity. He revealed that he also studies human evolution. He described how man has evolved from homo erectus (and I laughed out loud when he said the word “erectus.” I'm unabashedly ten years old).

He also explained what makes us homo sapiens. You see, Henry was a historian.

But Henry the historian did not like history. Instead, he liked human beings. He said that “human beings are more interesting than history – because they're the ones who make history.”

Now this, my dear friends, is why humanity is awesome. People like Henry.

If history has taught us anything about marketing, it's that human communication is mere noise if we don't listen. When we listen, we can explore. And then we can evolve into a connection. And it's these types of connections that cause spontaneously curated (hilarious!) conversations.

Human communication inspires. It uplifts. It makes you think (and laugh).

Henry was questioning his entire profession. He could have called himself an expert on history. But he didn't make it about himself.Â He did not say “history is the best!” Instead he proclaimed “humans are the best!” He made the moment about the shared human experience.

“Marketing is the art of meaningful differentiation.”

When you make your marketing message larger than yourself, you start to tell a bigger story – so that you can make an impact with your words (for your fellow home sapiens).

Seven Ways to Sharpen Your Social

The Top 10 Ways to Recreate Yourself

What’s Your School of Thought?

How Fast Media Dictates Your Dreams