Welcome to Episode 31 of Season 3 – the last episode of Season 3. Today, is Sunday, April 29th and it’s the Full Moon in Scorpio, which is a good omen for stability and success.

Josh Adam Meyers is a Los Angeles comedian and the creator of The Comedy Jam. He has appeared on Workaholics on Comedy Central, F is for Family on Netflix, and tours the country doing stand-up and empowering comedians to live their dream of performing music onstage.

In this interview, Josh shares his journey about becoming a comedian…and what’s interesting is that comedians and entrepreneurs have a LOT in common. 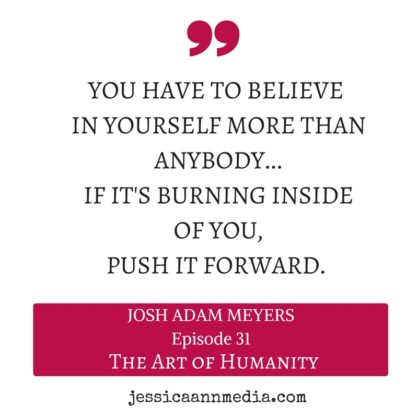 Listen to this last episode of Season 3 below or subscribe on iTunes.