Consciousness is the Modern Day Oz

Lions, and tigers, and spiral dynamics, oh my! Some days I feel like I’m skipping along the yellow brick road into the new paradigm. Other days I’m tripping over my own thoughts, never leaving my home. I’m existing in a vortex of ideas, language, and energy that has not yet calibrated to the new frequencies on Planet Earth (you try saying “spiral dynamics” three times fast)! Internet mysticism is fueling content marketing. But how is consciousness the modern day Oz?

I’m so glad you asked.

Let’s start with the main character, Dorothy, in the Wizard of Oz.

Dorothy’s human experience of Earth felt mediocre and status quo. The beginning of the movie was shot in black and white to symbolize that Kansas, or the “real world” is monochromatic and dull. For Dorothy to enter the colors of her dream world, she had to tap into her dreams to transcend her human form.

In her process of inner transformation (and a deep dream state), she separates her physical world in Kansas from her metaphysical world of Oz. However, her dream is so real that Oz appears as if he actually exists in the material world.

“The artist seeks contact with his intuitive sense of the gods, but in order to create his work, he cannot stay in the seductive and incorporeal realm. He must return to the material world in order to do his work. It’s the artist’s responsibility to balance mystical communication and the labor of creation.” — Patti Smith

Dorothy represents the artist: The beacon of light for the different, unknown path. This path of the “rainbow” is for anyone on the path of evolution. And her song, “somewhere over the rainbow” was her way of communicating that a higher power exists. It’s a transcendental, emotionally transmutational, and inspirational song of hope. It conveys the idea that no matter how bad your situation might be, it gets better “somewhere over the rainbow.”

Well, that somewhere doesn’t have to be on the physical plane. And we don’t always need to view this spectrum with our eyes to know it’s real.

We need to embody this new energy; we need to move through the lower frequencies and vibrations and acclimate our bodies so that we become the vehicle of the expression. It’s an experiential way of living; it’s a process. In the wise words of Tupac, “Reality is wrong. Dreams are for real.”

I wrote a poem about this experience here.

Just as rainbows have different spectrums of light, humanity exists in different “colors of consciousness” that relate to our values. My value of poetry as self-expression relates to a particular color scheme.

What is this color scheme you may ask? Well, there’s a pretty exciting system known as Spiral Dynamics that offers an in-depth analysis of different value systems.

Oz is a state of mind

At the beginning of the Wizard of Oz, before Dorothy took off into the land of Oz, she was the lowest color, Beige (on the far left in the image above). In the opening scene, Dorothy was an orphan living at her Aunt’s home in Kansas; this scene was filmed in black and white to symbolize her grim life. She required basic needs like food, warmth and safety.

This is what Jeff Brown calls in my podcast, the Survivalists. Survivalists don’t yet know their true soul purpose for why they’re on here on Earth. Some spend all of their life as this color, others move up or down based on what they experience, and how these experiences shape their new perspectives in life.

In other words, if you’re only focused on surviving, you can’t devote any of your emotions to healing. Your emotions are focused on basic needs like a steady paycheck and putting food on the table.

Let’s go back to Dorothy: She may have known that a life outside of her current mindset existed. But she could not access this level of consciousness without drifting off into a deep state and entering into the metaphysical world of Oz.

“The whole struggle of life is in transcending this myopia. We cannot enter into higher levels of existence until we advance in consciousness to the point where we overcome duality and are no longer earthbound.” — David R. Hawkins, Power vs. Force

The Yellow Brick Road of Awakening

Without doing the deeper emotional work into the wound material and transforming emotions, Dorothy could not start down the yellow brick spiritual path of awakening. It’s symbolic that the yellow brick road was yellow because yellow, is symbolic for “integration.” She is physically and metaphorically integrating her past experiences into her new reality.

She encountered various levels of emotions and these emotions were symbolized through the different characters.

She meets many characters on her path, all of whom have different colors and offer her a new perspective that she didn’t have before. Each time she transcends her limiting beliefs about what she thought was possible, she enters a new realm of awareness, which not only expands her consciousness but allows others to transcend their perspectives along the way.

By the end of the movie, Dorothy experiences inner peace; she appreciates the values of others around her — even if she doesn’t agree.

She develops a deep appreciation for her conservative aunt and uncle (the blue meme); the scarecrow (the orange meme); and the Lion (the red meme).

Her experience in Oz allowed her to embrace spiritual aspirations (the turquoise meme), with the newfound insight that there is “no place like home.”

However, the ultimate Truth is that home is a state of mind. The world view of the turquoise is that “the world is a grid of mutually interdependent units, which together form a holistic organism. And the life motto of someone who exists in the turquoise is: “I manifest myself for the benefit of existential reality.”

Consciousness is about having a dream that’s bigger than you.

Dorothy evolves through the yellow brick road on the Spiral Dynamic path with grace. Beyond Kansas, she explored a world that was beyond her wildest imagination. She then integrated this new world of hope and transcendence into her version of reality.

Consciousness is a constant journey and evolution can be challenging. But if you continue to follow the yellow brick road, you’ll realize that it’s not the destination itself. But rather exploring the beautiful “turquoise” dichotomy between being and becoming: After all, life is good as it is and at the same time, everything must, of course, change completely.

The Wizard of Oz’s Guide to Branding

Branding may seem like wizardry. But it's really quite simple. As simple as a childhood classic.

Because The Wizard of Oz can teach us everything we need to know. For companies to succeed they must:

Branding is a constant journey. It can be scary or challenging at times. But it's important to remember to follow the yellow brick road. It's not the destination itself but rather how companies evolve that makes all the difference.

Dorothy didn't know where she was going. But she knew how to overcome challenges. Which is a big part of what defines a brand.

Trust is central for branding. Because customers need to trust what you're selling. They need to know that quality and honesty exist somewhere over the rainbow. 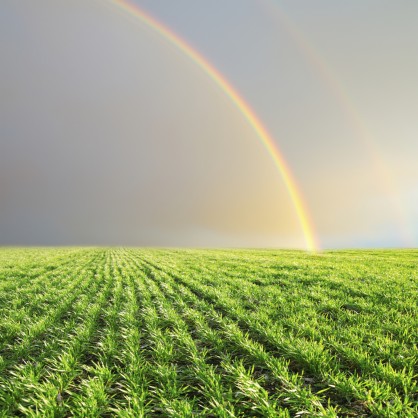 Companies are living organisms. The heart will not beat without compassion behind the brand. The heart allows for humanity and realness.

Dorothy's dream brought her to Oz. She was against the mediocrity in Kansas. And didn't want to settle for the status quo. She lifted the others up along the way. Because her dream was big enough to support them.

What has The Wizard of Oz taught you about branding? Please comment below.