Home PodcastBlog What Technology Can Teach Us About Humanity

Las Vegas is a sponge of insanity, collected like chaos on a scorching summer night.

It's not my scene.

But it's the place where the most brilliant minds in technology and marketing collide at the Consumer Electronics Show (CES) each January. It's miles and miles of endless gadgets and gear that dictate where the market is going. And the energy is always ethereal. Here's why:

Technology provides new tools for expression. This means that entirely new bodies of thought, writing, and art are emerging out of this technology.

Art itself derives from a root that means to join or fit together.” And it's the technology itself that makes art fit together…like fresh, smooth buttah on a shiny knife. 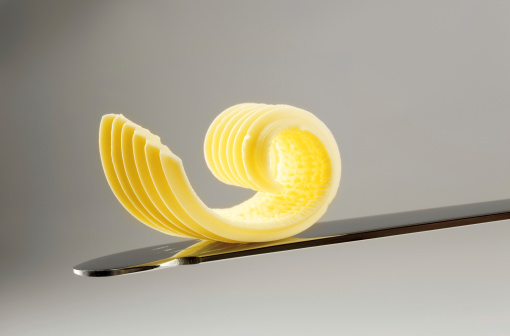 But think about it: you're filled with emotions and experiences. And at any given point in time, you can sharpen your social and your mind through the use of technology. You can co-create new ways to express your thoughts. And you can explore how you want to share your new ideas in a whole new world (one that's shining, shimmering, and splendid).

Software engineers, inventors, and entrepreneurs are creating these new human experiences. But it's not just these types of folks. It's also musicians, writers, and designers who are using new ways of expressing themselves to evolve.

From the art of 3D print failure to instapoetry on instagram, we're living at the edges of where art becomes palpable – and transforms us through experience.

Technology is hard-wired to simply “get things done” by living on the surface. While this is efficient, it means that as humans, we'll need to reach certain depths of insight and self-awareness that's inaccessible to most technology (at least not yet).

Consciousness is the fact of awareness by the mind of itself and the world. Computers will eventually become conscious. But in the meantime, we'll need to do everything we can to make our most human traits come alive and aware. This means allowing your emotions to work with you – not against you (easier said than done).

I used to believe that emotions were a weakness. Now I know that they're a strength (and this may or may not be the almighty 11th thing I learned in 2014. Because 10 things I hate about humanity are when humans list “10 things.” So I'm fixing that now…).

If you're anything like me, you've probably been taught to resist your emotions. But in the wise words of my man Carl Jung (one of the world's most renowned psychotherapists): “what you resist, persists.”

I'm not going to argue with a dead psychotherapist (I have an alive therapist to argue with if I want to go down that route). But it's this Jung guy who developed the concepts of the collective unconscious – which is the unconscious mind expressed in humanity and all life forms with nervous systems. 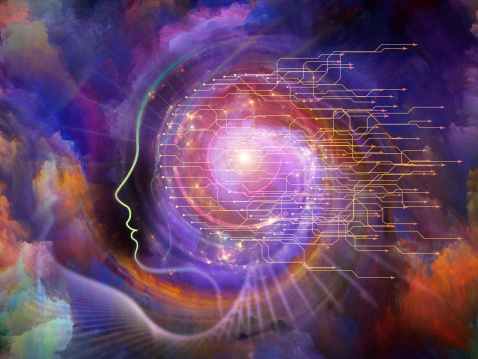 Whether you consciously choose to break up with your former self. Or you use the concept of consciousness to better understand yourself, it's crucial for the evolution of humanity.

I had the chance to meet Vernon Davis of the San Francisco 49ers at CES (I had to Google him to learn his position. Apparently he's a tight end, ladies). Despite the fact that I may or may not have known who he was two minutes before I met him, I did what any good Jersey girl would do – I told him that he needs to play for the New York Giants.

I didn't think he caught my joke. 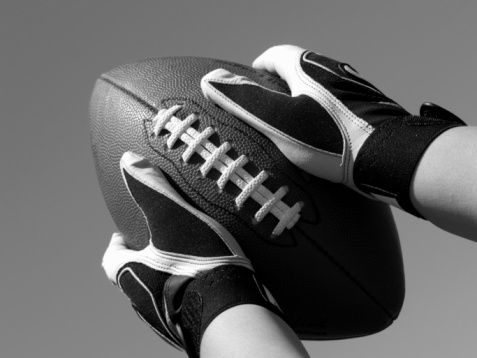 But then he picked up what I put down…

And laughed in my face.

And when you don't give a f*ck, you start to tell a six foot tall professional football player what to do.

Wyclef Jean performed this song five feet away from me at Tao just before the earring that my grandmother gave me flew off into the crowd.

I don't wear much jewelry. I don't care about many material possessions. But this earring was one of them. I soon realized the chances of me finding such a small item in such a huge place was beyond impossible.

But after a few minutes of being incredibly upset, I started to focus on gratitude. And I let the gratitude in my heart guide me to a part of the club (where I wasn't even hanging out!) to see it sitting on the floor – amid all of the other sparkly confetti-type crap that sits on the floors of Vegas clubs (classy).

I picked it up. And stared at it in my hand. Say what?

That's the thing with humanity. We're often so focused on achieving material success that we start to believe the lies we tell ourselves (I used to believe those lies too). These lies tell us to strut our superficial stuff. But there's so much more magic beyond the “stuff.” And it's from this space where we start to shine like diamonds.

Wyclef did say it best: “We're looking at our (wearable) watches when our minds (and hearts) are really the diamonds.”

The best marketing focuses on stories that connect in an emotional way – stories that inspire our minds and expand our hearts.

5. The best art speaks the Truth

The best art redefines how humanity thinks and feels by speaking the Truth.

And we need more humans who can listen to the Truth and own their shit. We need to be comfortable with getting uncomfortable – to stop projecting blame out of fears. Because it doesn't matter how fancy your technology. If you're not speaking the Truth with some soul, no one will buy your bullshit.

Your focus should be on the long-term. Not on the quick hit. The long-term may feel endless. But it may be just over that hump.

Enter the place where serendipity, exploration, and expansion collide so you can speak your Truth. Break through boundaries. And explore your edges. Because you're meant to evolve.

Contact us to learn more about the new paradigm of marketing.

How to Practice What You Preach

Why Malcolm Gladwell Needs a Dictionary

No Time for Second Chances