Home PodcastBlog The Fight of the Photo Filters

Instagram does photo filtering best. They're the . And they're proof that the best products start out as features. But did they really have toÂ remove access to TwitterÂ to prove it?

After all, the ability to cross-post content is one of the many reasons for Instagram's appeal.Â

Instagram is simply responding to Twitter's Â “software update.” Â Which is a direct swipe at Instagram. How so? Take a look at “what's new” in the screenshot below: 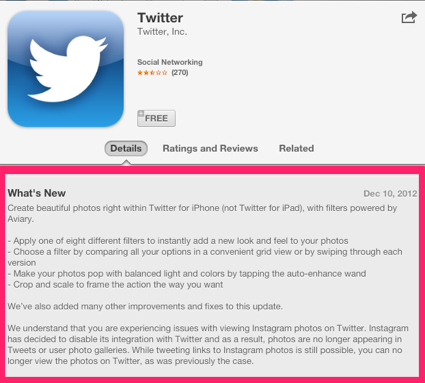 Photo filtersÂ onÂ Twitter? Apparently two can play that game. But if it's about the numbers, Instagram has the lead. They just released a new filter,Â bringing their total number of filters to eighteen. Twitter only has eight.

But the fight isn't about the numbers. It's about distribution and reach. Instagram CEO Kevin Systrom explained at LeWeb that heÂ wants eyeballs on Instagramâ€™s site rather than on Twitterâ€™s. Makes sense. But what do the users have to say about it?

But I'd prefer not to go to crazy lengths to distribute content. I barely have enough time to cook up food recipes. Let alone digital ones. 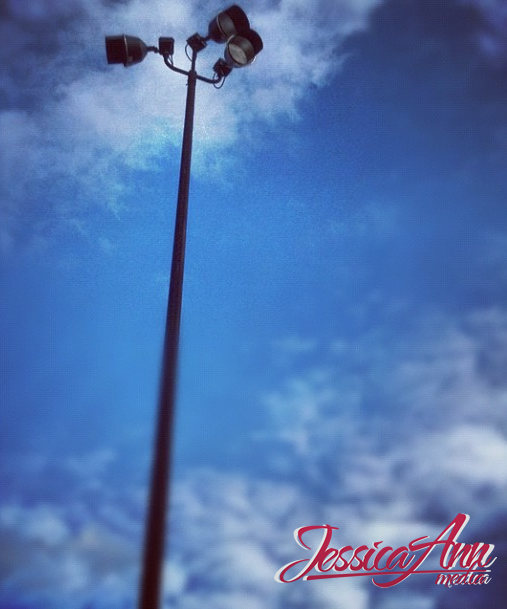 From the personal perspective: Is the addition of Twitter's photo filters going to change how you share photos? Please comment below.Â

The Best Tools to Listen and Build Your Community

Why Shared Media is the Best of Both...

For the Love of Blog!

What The Boss and Advertising Have In Common