Home PodcastBlog Web3 and Its Impact

Web 3 and Its Impact

‘Web 3.0,' or simply ‘Web 3,' is the new kid on the block. The language is cryptic in a way that it's incomprehensible if you're not already an insider. Being aware of the trends in Web3 (like NFTs and DAOs) will make you a well-informed human – and could bring in the next opportunity.

How is the internet evolving and what will it become? Before discussing the impact of Web3 on the world, let's break down the logistics of Web3.

To create a data-driven and Semantic Web, the third generation of the internet will use machine-based comprehension of data. Websites that are more intelligent, connected, and open are the ultimate goal of Web3.

There is no concrete definition of Web 3 because it has not yet been implemented. Web 1.0 to Web 2.0 transitioned over ten years. Web 3.0 is predicted to take as long or longer to deploy and transform the internet.

Ethereum co-founder Gavin Wood coined the term “Web3” in 2014. Still, it wasn't widely recognized until last year, when it gained traction in Twitter and Discord communities.

This online hype has signaled the start of a new era for Web3-related investment. Softbank Vision Fund 2 and Microsoft have finished fundraising rounds for companies that cater to Web3 initiatives. a16z, a Facebook early investor, also stated that it would fund $1 billion for Web3 seed investments. 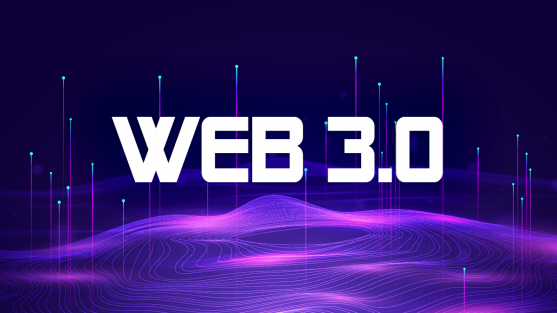 Some argue that the infusion of Big Tech cash taints the Web3 dream. Either way, it's not going away. So let's get into the basics:

Web1: This web was originally a more open space (according to theorists). It was managed by genuine people who had created their own websites. These sites were read-only. Thus data flowed from the site to the user.

Web2: Big Internet corporations like Facebook and Google have ushered in a new era of the internet. They're extremely dynamic, clickable, and shared platforms that shaped the internet as we know it today.

The dynamics of the internet allows access to critical information regarding online activity in the form of data. Companies utilize this data to create new platforms and create targeted advertisements. They also make money off of it by selling it to others. This results in users having little to no control over where their data is used.

Web3 improves the internet as we know it today by adding a few new features:

Web3 developers rarely use a single server or database for creating and deploying apps (usually hosted on and managed by a single cloud provider).

Blockchains and peer-to-peer nodes (servers) are used to build web3 apps rather than centralized servers. You'll hear the term “dapps” (decentralized apps) in the Web3 community.

To build  stable decentralized networks, members (developers) are compensated and compete for the best service possible  (this is why you hear a lot about Bitcoin on Web3).

Due to many of these protocols being primarily dependent on digital currencies, this is inevitable. Anyone who chooses to help establish, control, contribute or improve one of the projects themselves will be given tokens in exchange for their efforts.

An array of services, from computing to storage to bandwidth to identity to hosting to other online services previously supplied by cloud providers, can be provided through these protocols.

By participating in the protocol in various technical and non-technical, anyone can make money. In the same way that AWS and other cloud service providers charge customers to use their services, consumers of the protocol often pay to use it.

All payments are distributed directly to network users (except for Web3) and with several forms of decentralization, unnecessary and often inefficient mediators are eliminated.

Filecoin, Livepeer, and Arweave are just a few examples of web infrastructure protocols that have developed utility tokens that specify how the protocol should work. Tokens are awarded to everyone on the network, no matter their level. Even native blockchain solutions such as Ethereum operate in this manner.

Web 3.0: The Speculative Future of the Internet

Tim Berners-Lee used the term “semantic web” to describe web 3.0. But, in the end, what does it all mean? Suppose you keep up with the latest technological developments. In that case, you'll notice that Artificial Intelligence and Machine Learning are two hot topics.

Web 3.0 aspires to include these technologies and a few other advanced technologies. The objective is to become intellectual, self-sufficient, and open.

Web 3.0 may feature artificial intelligence (AI), semantic web, and ubiquitous qualities. End consumers will benefit from more timely and relevant data thanks to the implementation of AI.

Using AI, a website may locate and offer the material that it thinks a specific user will find useful. Using social bookmarking as a search engine will give you better results than using Google. Humans can control those findings. In a similar way to social bookmarking and social media, but without the negative feedback, AI might discriminate between authentic and false results.

An artificially intelligent web will soon feature virtual assistants. This capability is either built into a device or available through third-party applications.

By categorizing and storing data, the semantic web aims to help machines learn what specific pieces of information imply. When it comes to search engine optimization, a website needs to be able to read and understand search queries in the same way that a human would.

Web 3.0 is expected to have the following feature as well.

In some ways, the concept is akin to the Internet of Things. Data mining, machine learning, and microformats are some of the technologies used to generate these features.

For example, blockchain and other peer-to-peer (P2P) technologies will become more significant in Web 3.0. Other technologies, such as open APIs, data formats, and open-source software, may be utilized to create Web 3.0 applications.

Many people have hypothesized what the next stage of the internet's evolution will look like. Some people think it will change the way we use the internet. Many think the adjustments will be more about ideology than function. It doesn't matter what anyone says, however. These are the major components of the internet of the future:

Let's look at these terms in more detail to understand web 3.0 better.

The Cultural Impact of Web3

Despite technical misgivings about Web3, the movement is culturally appealing. Web3 has a strong sense of camaraderie and excitement. Its overarching objective to deplatform centralized platforms is particularly appealing to younger generations, who perceive themselves as being ruled by “Big Tech” and unable to buy homes because boomers and Gen Xers own them all. Web3 offers a potential financial path to homeownership (through Bitcoin speculation) and a way to defy the authorities.

Web 3.0 is the next step in the internet's evolution, and its foundations have already been set. According to current standards, web 3.0 will be a huge advance in network technology since it will be a hyper-intelligent network capable of digesting information like a human. Aside from the technological marvels promised by web 3.0, it also proposes applying certain ideas that will dramatically alter today's network's existing mode of operation. And we, as end-users, will usher in a new era of networking, one that blurs the barriers between the physical and digital worlds even more.

What are you building?

Does PR stand for Publicity Rut?

The Top 10 Ways to Recreate Yourself