Home PodcastBlog What the Media Taught Me about Being Social

I still remember how my heart would pound in my chest when the Nielson ratings would appear in my inbox each week. The Nielson ratings measure and analyze the behaviors of TV audiences. And my job was to print copies of the weekly report (back when printers were a thing). I'd have to highlight the numbers, place the reports in separate manila folders, and deliver copies to the entire news team.

There was no way around it: the report brought anxiety to everyone on the team. Flashes of panic would suddenly appear in the eyes of even the most senior news producers. Stress would cause us to starve. Which would then, of course, lead us to consume copious amounts of Krispy Kremes. Stable blood sugar levels? They weren't in our big picture.

The big picture was kept hidden behind the curtain, untelevised.

It didn't matter whether the ratings were good (lots of viewers!) or bad (no one tuning in!) Looking back, it's clear that the anxiety happened because we were scared to look behind the curtain. We didn't know the bigger picture of why viewers were tuning in or tuning out.

Speculation is never a solid strategy.

Sure, it's great if you can capture what your customers are watching and when they're watching. But if you can't determine why? Then the data lacks depth and context for your most important people: Your viewers and your customers.

Numbers often only show eyeballs without faces or names. How scary is that? 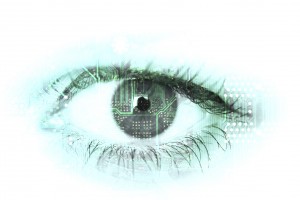 The thing is, humans aren't scary. We have soul. And we're inherently social – just in a different way of the media of yesterday.

The only thing scary about this is that we have the power to put a dent in the universe. And make extraordinary things happen.

Today you can create meaning from the mundane, without sacrificing soul. You can purposefully create substance, instead of settling for cheap tactics. You can add value without vilifying.

Eyeballs escalate impact – there's no doubt about it. But meaning is what makes the impact human and real {tweet this!}

Because the thing is, you'll always win with substance. And you won't need to speculate because you possess the power to see the bigger picture. 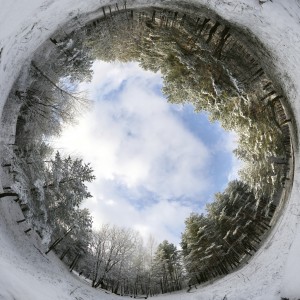 It's not about the what, when, or how. It's about the why of you. Why you're doing what you do and why your audience wants to tune in to what you have to offer.

When you offer meaning through impact, you'll feel inspired. You'll have a clear vision. And you'll possess passion.

It doesn't matter whether the passion leads you to sling spaghetti or solicit soul. It matters whether you care enough to look behind that curtain. If you're brave enough to not get scared. And if you're social enough to share what you find.

Do you have a clear vision? Do you share what you find?

When You’re in Limbo

How Writing Impacts Our Future

5 Reasons to Start a Blog

8 Ways to Find Inspiration When You have...